Divergence is very common and useful in technical analysis. It indicates possible reversal signals when there are discrepancies between RSI and price movement.

The definition of divergence is when price and indicator move in different direction，
for instance, when price is in uptrend and reaches a higher high where the indicator is in downtrend. 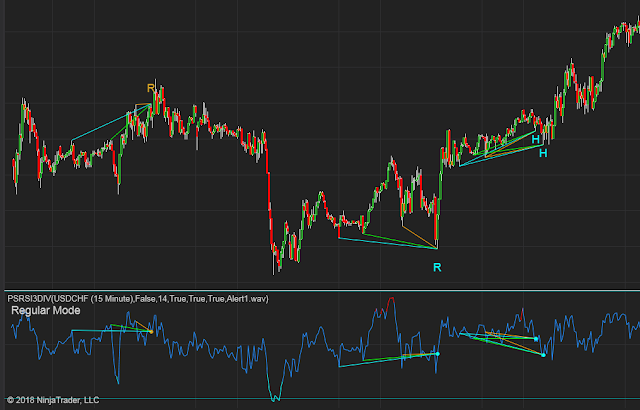 A hidden divergence is where price has a higher LOW but the indicator has a relative lower value, as shown in the pic below. 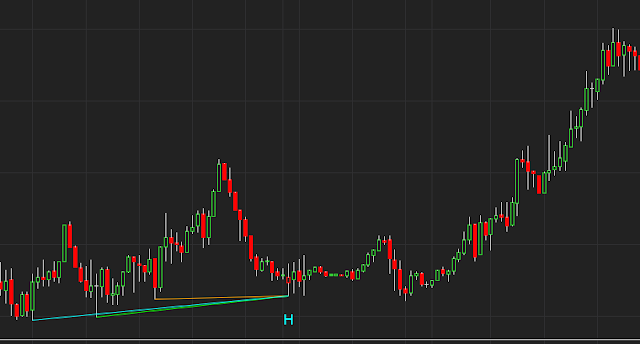 There will be a 'H' drawn under a hidden bullish divergence.

A 'R' drawn under a regular bullish divergence. 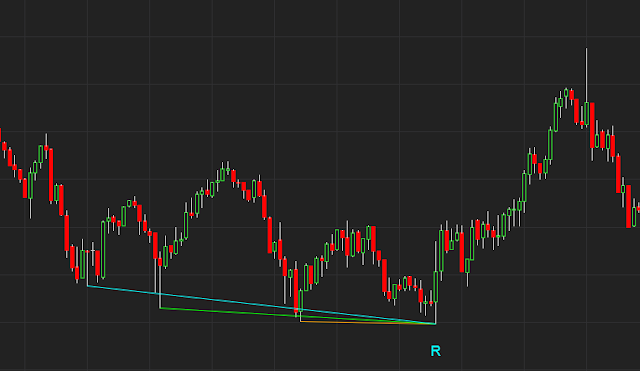 It also true if price has a lower HIGH but the indicator has a relative higher value. 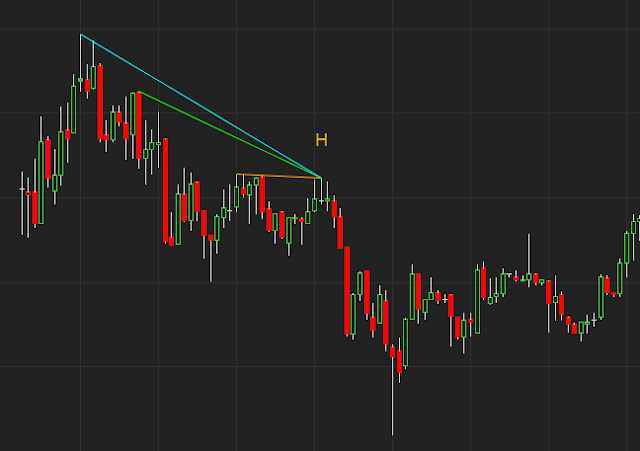 There will be a 'H' drawn under a hidden bearish divergence.

A 'R' drawn under a regular bearish divergence. 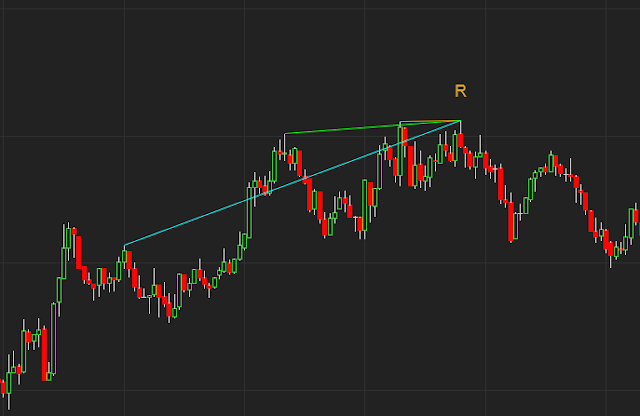 What is RSI Triple Divergence?

The concept of triple divergence is intuitional, if there are three continueous divergences in a row between current High and previous Peak then it will trigger a signal.

Why Triple Divergence? Is it better than normal divergence?

Sometimes there are too many divergence appear in a short range for the normal divergence indicator.

Let see these two charts below, the first one is Triple Divergence. 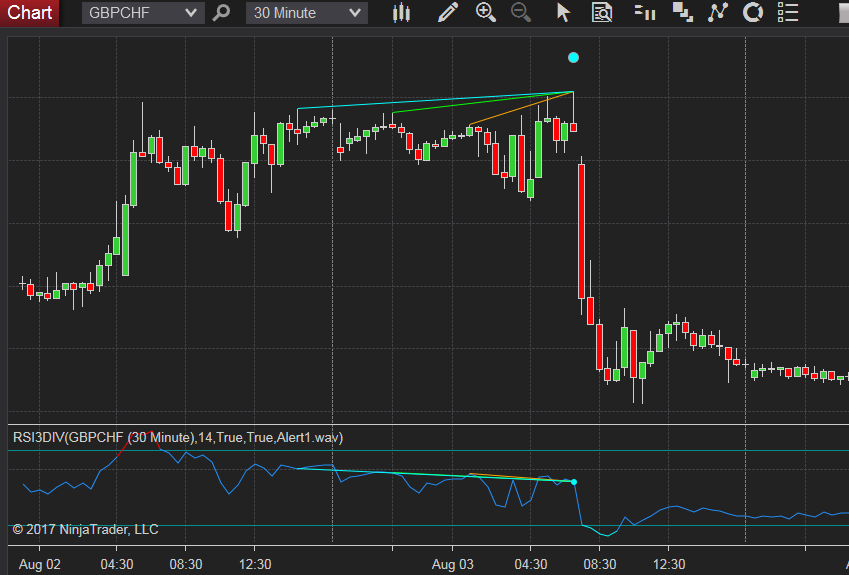 The 2nd one is normal divergence which has more signals. 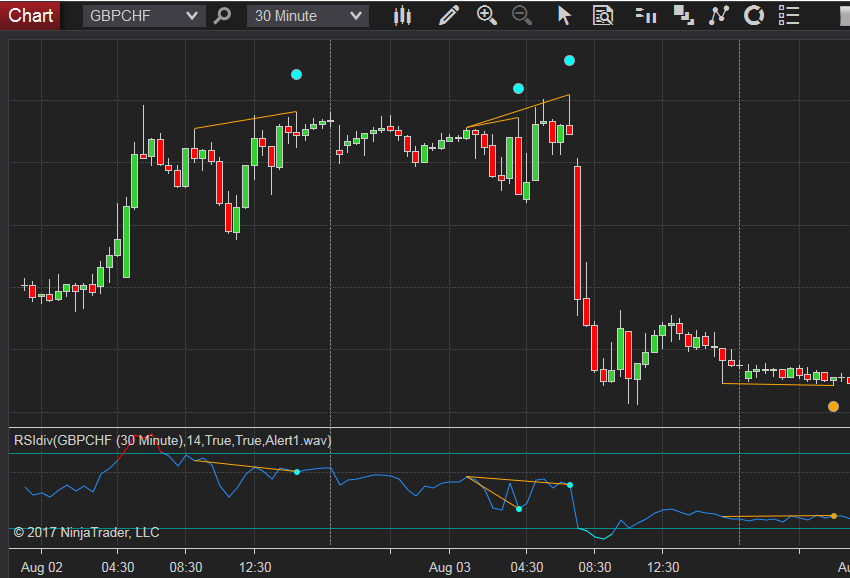 More signals is not necessary a bad thing, but a signal (Triple Divergence) is confirmed via short, mid and long terms could be more solid.

It doesn't necessarily mean the Triple Divergence is definitely better than the normal version, they detect signals from different angles.

Please note that the number of signals is not controlled by this indicator, since it doesn't have the power to influence the market.
There is no guaranty how many signals you will see in a certain period of time. If it concerns you please purchase the 1-month trial first.

You can add new sound files to your NT8\sounds directory. 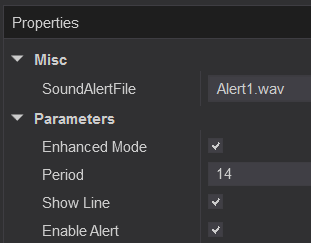 The following video shows how it plots in realtime.

It also comes with a Market Analyzer which makes it possible to track signals within any timeframe.  The input "Range" is used to check if there was a signal within the given number of bars. Conversion from other platforms to MultiCharts Trend Pullback Reversal TPR indicator for MultiCharts
Welcome to Patternsmart
Converting your indicator from one platform to another.